🎁 Towels for the Times

There is an awful lot going on in the World right now and frankly, not much of it is good. I guess that's why many weavers are doing just that... weaving, or spinning.

Counting our blessings where we find them.

In the evenings we find ourselves watching movies and seeing people in them all gathered together for meals,  concerts and wonder at it all.  People hugging one another and walking side by side.  We took such simple things for granted.

Its almost like someone did open up Pandora's Box and let the demons out!

I started winding this warp  in the 'before times'. Ten yards of  soft,  nice quality Egyptian cotton.  It was in my stash as a large three pound cone, along with another three pound cone of black. Not entirely sure where I bought it but its lovely. (I think it was Lone Star Loom Room.)

The idea behind this warp was to simply sit and weave  and enjoy the process. Listen to music or podcasts or just the silence.   Then the pandemic hit and we  stayed inside our homes and the choice to use bright cheerful colours as weft really made sense to me to help lift spirits.   Little dancing boxes. 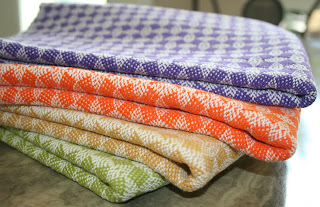 I wish I could share the soft lofty feel of these towels. You can see how squishy they are!
Grape, creamsicle, honey, and key lime. 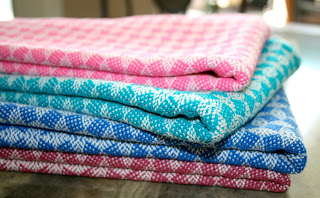 Then there are the blue cool tones: bubblegum, peacock, blueberry and raspberry. 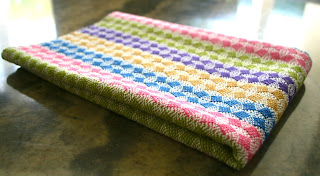 Towel number nine was created from having left over yarn on many pirns. So I created a colour way that worked together to use them up.  I call this one Candy Mix..... but it easily could be called "All colours under the sun matter".   This towel  is winging its way to my daughter as she is trying to work out what colour to paint her kitchen so something in this one will work!  😁  🌈 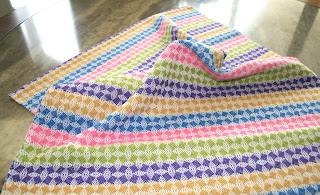 The 16 shaft draft was sett at 24 epi and they were woven to 35 inches. Width in the reed was 24 inches.  After a small turned hem they measure  21 wide by 28 inches long. So a fair amount of shrinkage.   The threading is a point twill and so is the treadling; all the pattern is in the tie-up. 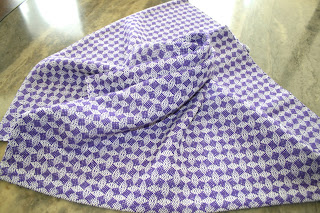 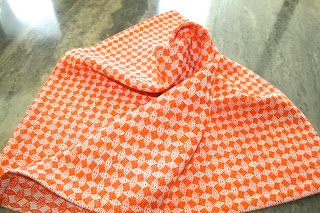 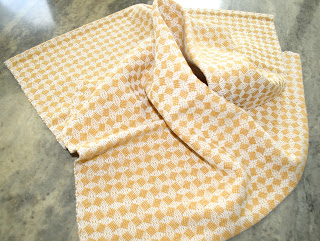 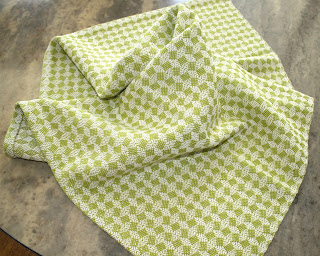 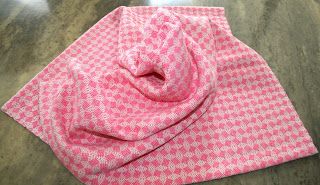 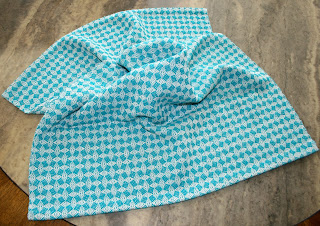 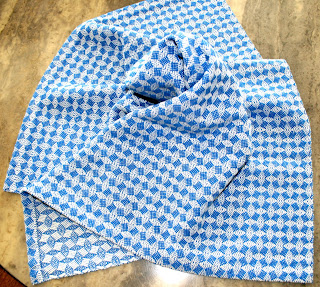 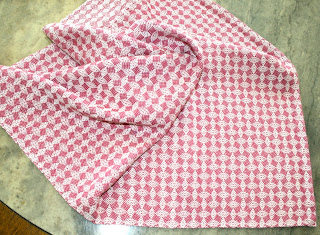 A couple with the hem flipped to show the other side, which is equally nice. Boxes again, or if you look at them with a tilt of the head, there is almost a Celtic like intertwining.  If I had woven two towels in each colour, I would have turned one towel the opposite way and so they would be a nice set.   Maybe next time.... 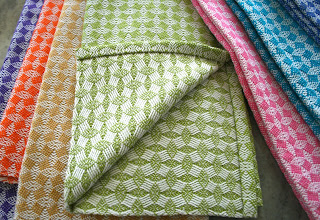 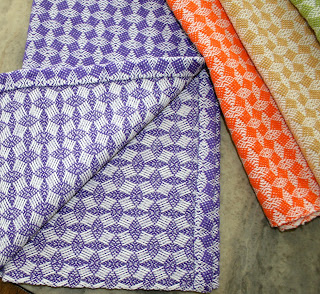 Here's the draft from Handweaving.net that I used showing two repeats of the treadling.   The draft is our road map to a successful project, along with some 'local knowledge'.

Maybe that's why everyone is feeling so discombobulated right now? There's no clear road map to a goal. Life feels on hold and if things are opening up again, it feels weird.
So perhaps the little daily personal successes mean so much more right now. 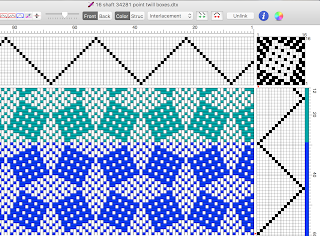 Some lovely peonies from a friend's garden.... and left on our front doorstep as a gift.   Huge blossoms and so lush.  The white ones were especially fragrant.   Thank you Donna! 💞 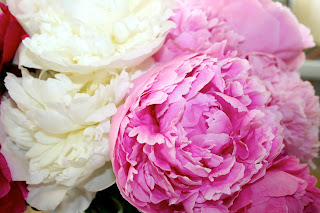