Thirty years ago today we got married; for each of us it was our second time round.   Blending two lives, my kids, his kids and two households into one. Ever since then time and years have been slowly ticking away.  Its been quite the adventure too.  The picture below was taken a few weeks after we got married at my new mother in law's home.  On the wedding day, we forgot to bring a camera and our best man didn't bring his either.  To go home to get it would put us seriously late so we carried on with out it. 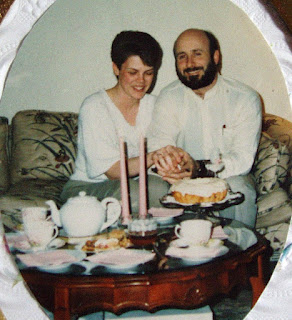 I occasionally went to work with Bruce and rode trains. In this case, the Canadian passenger train during Christmas through the Fraser Canyon.  1985 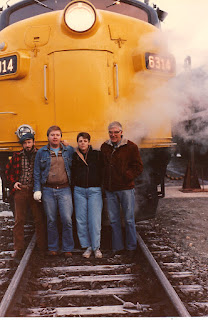 After we moved from the Vancouver area to the Okanagan Valley, we made new friends  both train and weaving related. Here we are waiting on the 1995 CN Christmas party to start after a couple of rounds! 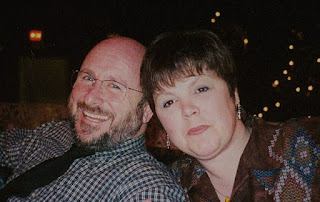 After another move to the Winfield area....a visitor caught this picture of us in 1998. 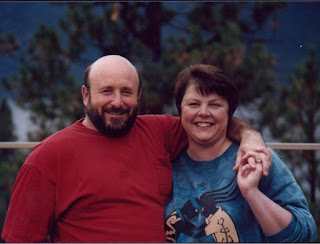 I climbed back up on a train again for Bruce's last run January 7th, 2000 and so that ended his 38 year career on the rails. 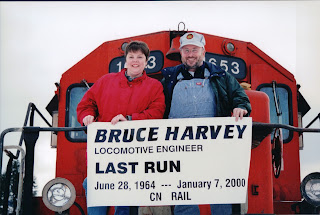 Another move back to the west coast and we are now on Vancouver Island. We took a trip to Saltspring Island with friends ( and bought four looms between us!) in late summer / early fall 2008. Here we are having a gelato break. 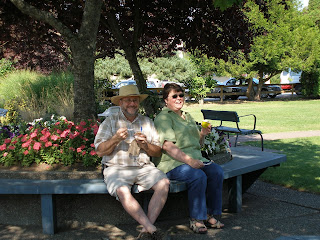 My brother came to visit and took this picture of us on the board walk in Cowichan Bay approximately  in 2010. 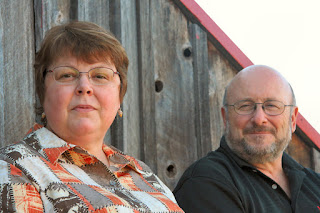 The two of us enjoying the warm summer breeze on the car deck of the ferry on our way to see our new born grandson in summer of 2012. 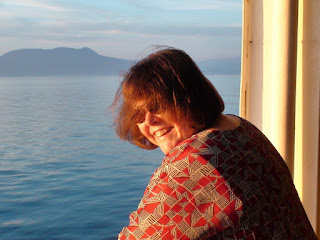 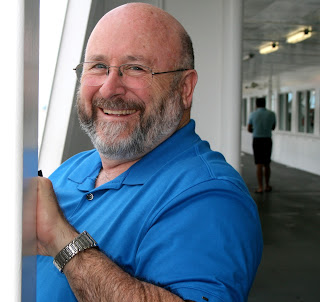 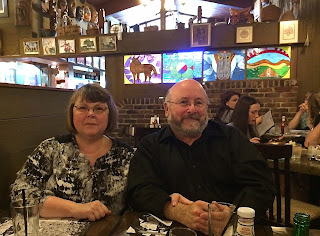 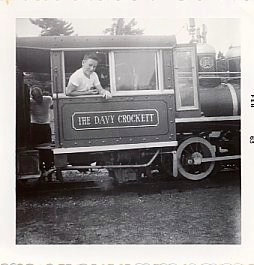 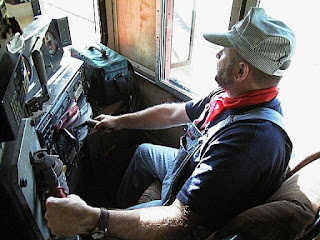 .... and now he's back to playing pretend trains again! 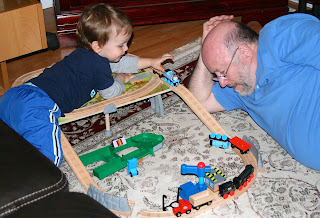 Bruce tells me the best is yet to come!

Email ThisBlogThis!Share to TwitterShare to FacebookShare to Pinterest
Labels: 30th wedding anniversary, adventure of a lifetime!

Time is doing a funny thing in my house.  Its been two weeks since my surgery which feels like it just whipped by. I can see and feel positive changes in that short time, especially considering how awful I felt in the hospital at the time.

Its also slowed to a crawl as well.  There is no hurrying the healing process and it takes as long as it takes. This means taking things easy, resting, using ice, eating well and the daily exercises.   The days tend to run into one another and all feel the same.

I'm guilty of watching too much TV, napping when I feel like it ( and sometimes even when I don't).  I'm reading lots and doing a bunch of hand work as well when light conditions allow.

I'm getting bored and in a hurry to get this done and over with.


Then we go out to either physiotherapy or to the doctors office and I come home as weak as a kitten and head back to my couch and elevate my swollen knee.

That's when the time thing hits me again. It will take as much as it needs..... no matter what I think or want !  Its the Boss of me.

So here's my new upgrade: 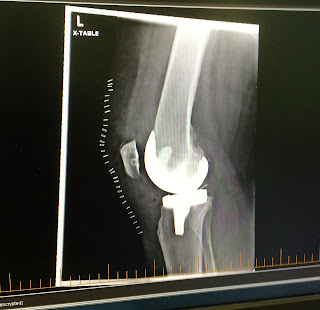 31 staples! My eye can see where they could have placed one more and made it even. 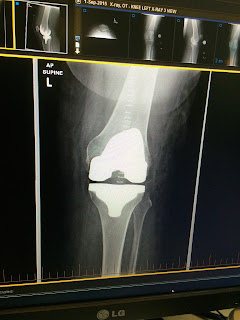 The top row of images is my old knee before the operation.  These were taken two days post op. 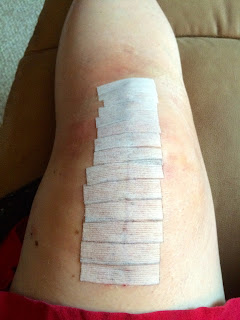 All staples are out and now its just steri-strips.  They will just fall off when ready (or with a little help :)   Now I must keep working on the exercises and keep bending the knee!   I had an 87 degree bend this past Tuesday at therapy. Yesterday I got a true 90 degree bend at the surgeon's office which made him happy.    They credit my strong quad muscles to all the treadling I did before surgery!   So weaving really does count as exercise.... 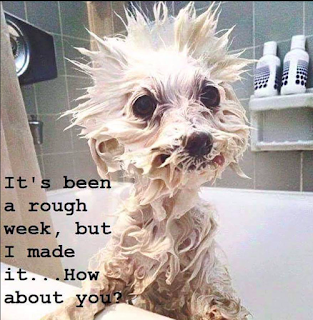 I'm home!   I'll be perfectly honest and say that was a week that I never care to repeat again.  Nasty.
The surgery went fine and no complications..... but the post op pain medicines that are opiate based did me in again.  So a  two to three day hospital stay turned into five days.

We knew what opiates I had intolerances to and so built a plan around what had worked okay last December. Until they failed me as well.   I was running out of options for pain control fast.    Finally they listened to me about what was given to me for pain control way back in 2001 when I had my first hip replaced and they found it and gave me some.

I felt much better after that and things progressed normally.   All this  kafuffle has put me behind on the physiotherapy plan though. I'm doing what they gave me to do in the hospital but its hard to make a leg bend that looks like a dead swollen pig.    Just keeping it moving seems part of the battle.  The swelling is normal and I hope that as when some of that slowly reduces I can get more 'bend'.  I see a physio next Tuesday. 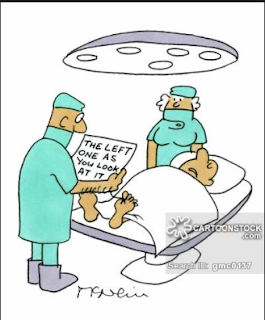 So this will be my view for the coming Canadian Thanksgiving weekend: 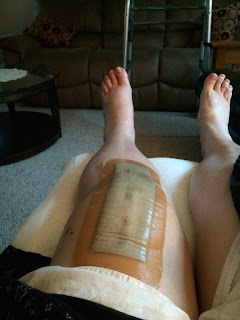 ... and I finally feel like I have my mental faculties back to attempt some hand sewing of hems.