About a week ago I uploaded these pictures getting ready to write a blog post. I was blissfully ignorant of the trials and tribulations ahead.  These have become the last pictures I can access on my computer until I find out if my back up drive has them or not.

I set up my computer that night to do a back up to an external hard drive and woke the next morning to a back up (great!) and a whole new operating system on my Mac "Big Sur" (really not great).

That's when I discovered a few things.

So, any good news?   some....
So after some chats (okay, many phone calls) with Bob Keates of Fiberworks, I have worked out the following:

So I have a newly updated version of Fiberworks Silver Plus on the old clunker Mac and (after many calls with Bob) it works and runs my Megado again!  A big thank you to Bob at Fiberworks!
Meanwhile, my hubby can't believe his good luck and scooted with his new shiny computer and didn't look back!

Okay, enough of my woes and wailing.     Let's get to some weaving...    This is the scarf project on the Spring loom and just getting started. A rather large size diamond pattern that was approx 7 inches in length for a full repeat.  Its 8/2 tencel in amethyst for warp and Pompeii for weft.  I really wanted to see this colour combination together and it seems to work nicely.   The draft is from Handweaving.net  #74014.   There is a partial draft at the very end. 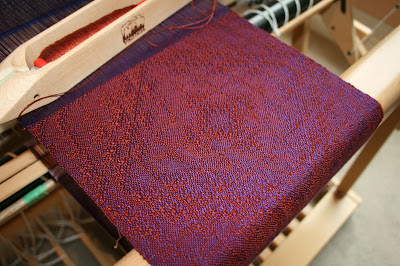 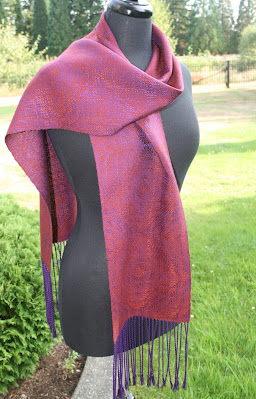 So it took 10 repeats to get a full scarf, plus some runs for a border at the either end.  There are quite a few pictures here, which normally I would not post them all but just the better ones.  Since they are all I have for now, I'm going to leave them in. 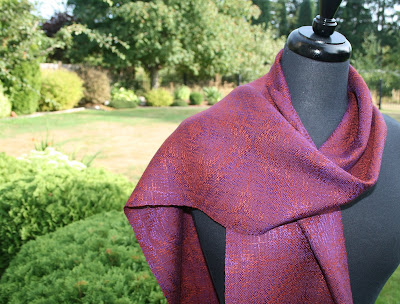 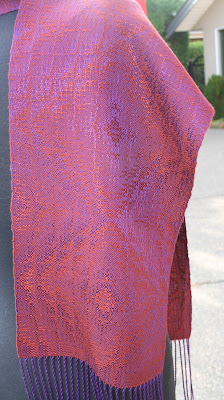 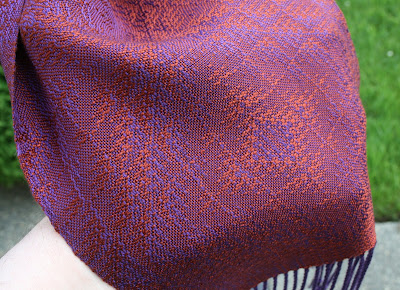 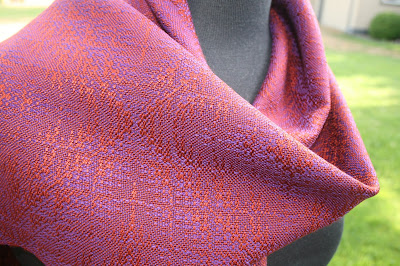 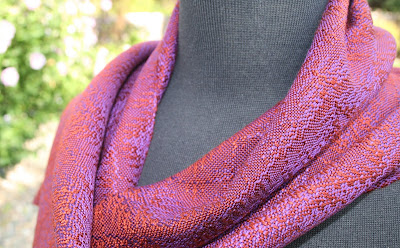 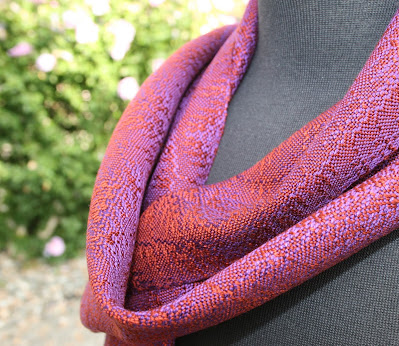 For the second scarf I used magenta as weft and while I like it, it doesn't have the zing of the first.   What comes to mind is 'safe choice' and sometimes you have to take a chance and go for something out of your comfort zone. 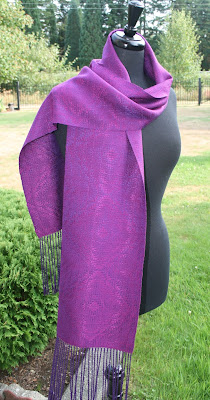 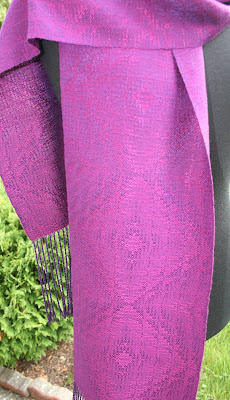 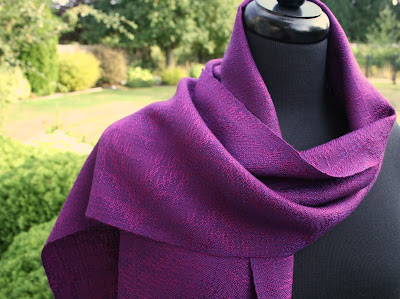 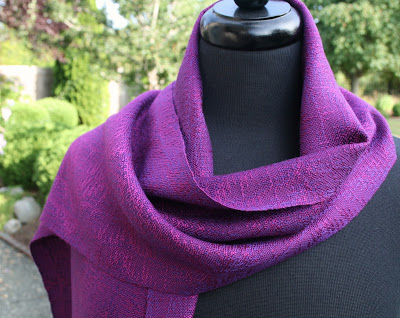 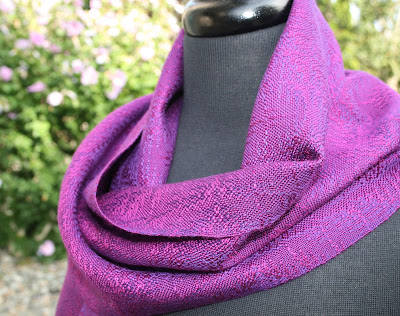 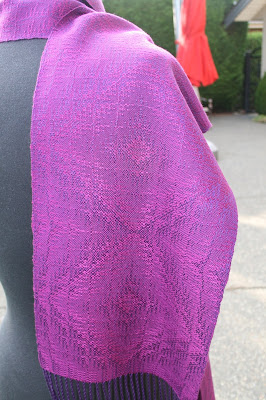 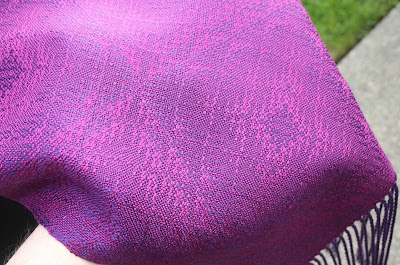 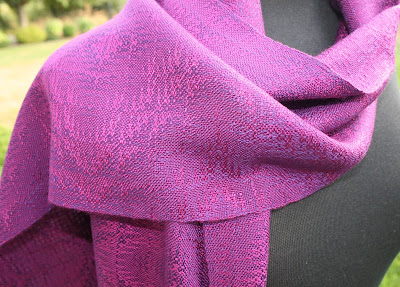 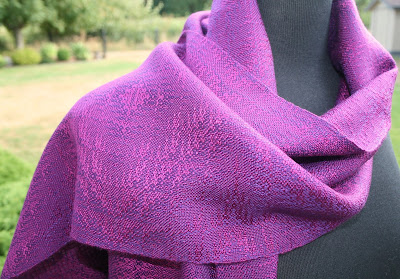 This last picture below was taken as I was stepping back inside and the lighting hit it just right and showed the rich glow.  It might be a safe colour choice but its very elegant nonetheless ! 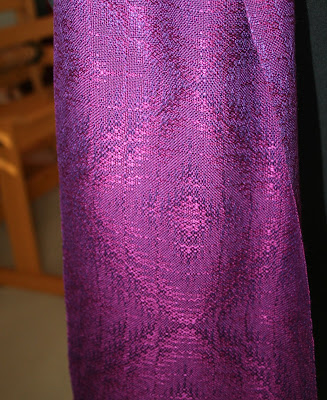 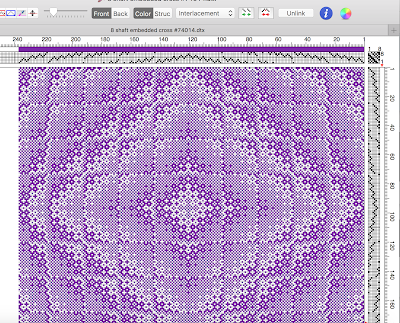