More to be Grateful for

Remembrance Day for many people is a day off and some even go shopping. With recent wars in Bosnia, Iraq, Afghanistan and many other places where they still do 'peace keeping', there are new veterans with younger faces. I'm encouraged to see a resurgence of young families showing respect and taking their children to a Remembrance Day service. The veterans of World War 2 are becoming fewer and fewer and they need to be heard and thanked.

I wrote a post about my family's contribution to past wars and service in this post.  If your time allows, maybe visit the older post and see the pictures?  My mother's parents served in The Great War, later known as World War 1.  My Grandfather was a trooper in the Royal Marine Artillery and his wife, my Nana worked as a W.R. N. S. (or Wren) at an airship station at Kingsnorth, England.  The link talks about the place during WW2 but it shows the airship field that was in use during WW1. (My grand parents military pictures are shown at the older post.) It wasn't too long after I wrote that Remembrance post that I was contacted by an author in England who was writing the history of the Kingsnorth Airship Station. Ms. Bilbe wrote asking for permission to use the information and pictures and I hope to show you a copy of her book in the near future!

Sadly, earlier this past summer my aunt Diana in England died and there was a service held for her in September. 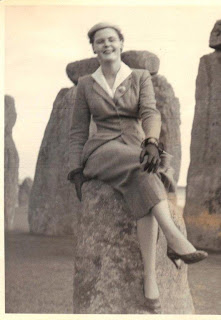 This was Diana in the late 1950's at Stonehenge

My brother went to represent the Canadian side of the family at the service but mainly for my father who had lost his sister and friend. 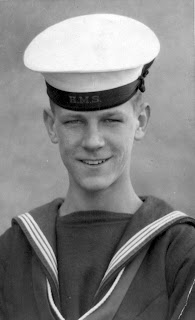 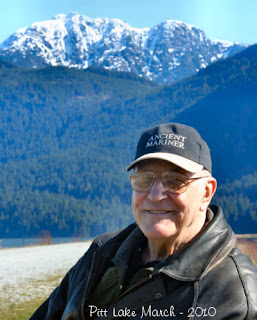 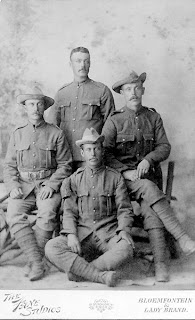 They are wearing military clothing associated with the Boer War. There were actually two wars fought: the first was 1880- 1881. The second, which I suspect these men attended in South Africa was 1899- 1902. 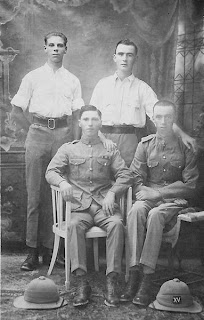 This one could be Boer War or WW1. They look so young! Note the helmets by their feet. These were common on service in India.

There are other nameless pictures: 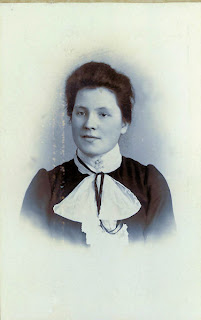 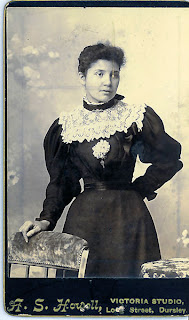 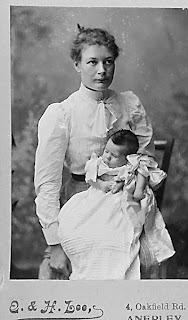 (how is that baby being held up??) 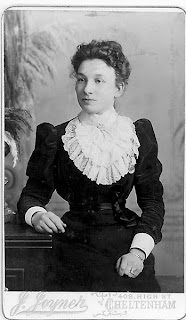 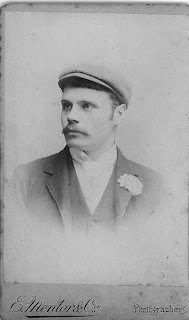 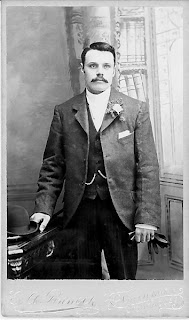 This gentleman (above, both pictures)  resembles my brother .... 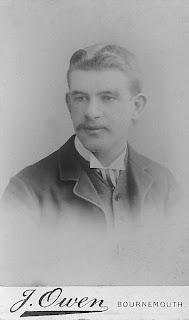 I think this gentleman (above) may be my great grandfather. 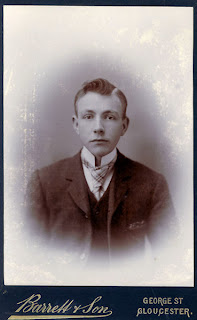 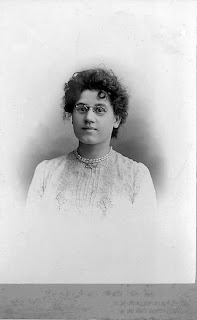 If you are visiting this post from the UK and some of these people look familiar.... please write me!! There is an email address if you click on my profile. We would be thrilled if we could find their names or family connection.  Thank you...

Continuing on with the military theme... My great Aunt Eileen served in World War 2. She is in the top row, second from the right. This was her unit and they are wearing their Auxiliary Territorial uniforms 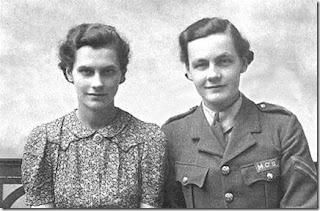 These are my great aunts Bessie (left) and Eileen (right). Bessie served in the Women's Auxiliary Royal Air Force with a barrage balloon unit.   Bessie came to Canada as a war bride after the war and lived for many years raising a family in Timmins, Ontario. She was the youngest of the sisters and is now in her mid 80's.  Eileen is in her late 90's and lives on the far side of the world in Australia.

Other family members that also served was my Great Uncle Fred:


That is my great grandfather on the far left,  my grandfather as a youngster in the middle and great uncle Fred looking dapper in his uniform. The bride I assume is Fred's new wife and sadly I don't know her name (yet!) Edit: July 10th, 2014. The bride's name is Winifred (nee Lineham) Waterfield 1903- 1961.  Husband: Frederick William Waterfield 1903-1968

Fred (far left) became a "Bobby" or police officer later after the war... here he is with his work mates on the railway police in Northampton: 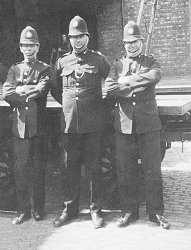 I'll close with this poem :

Remembrance Day   by A. Lawrence Vaincourt


He was getting old and paunchy
And his hair was falling fast,
And he sat around the Legion,
Telling stories of the past.

Of a war that he once fought in
And the deeds that he had done,
In his exploits with his buddies;
They were heroes, every one.

And tho' sometimes to his neighbours
His tales became a joke,
All his buddies listened quietly
For they knew whereof he spoke.

But we'll hear his tales no longer,
For old Bob has passed away,
And the world's a little poorer
For a Soldier died today.

He won't be mourned by many,
Just his children and his wife.
For he lived an ordinary,
Very quiet sort of life.

He held a job and raised a family,
Going quietly on his way;
And the world won't note his passing,
Tho' a Soldier died today.

When politicians leave this earth,
Their bodies lie in state.
While thousands note their passing,
And proclaim that they were great.

Papers tell of their life stories
From the time that they were young.
But the passing of a Soldier
Goes unnoticed, and unsung.

Is the greatest contribution
To the welfare of our land,
Someone who breaks his promise
And cons his fellow man?

Or the ordinary fellow
Who in times of war and strife,
Goes off to serve his country
And offers up his life?

The politician’s stipend
And the style in which he lives,
Are often disproportionate,
To the service that he gives.

While the ordinary Soldier,
Who offered up his all,
Is paid off with a medal
And perhaps a pension - though small.

It is not the politicians
With their compromise and ploys,
Who won for us the freedom
That our country now enjoys.

Should you find yourself in danger,
With your enemies at hand,
Would you really want some cop-out,
With his ever waffling stand?

Or would you want a Soldier -
His home, his country, his kin,
Just a common Soldier,
Who would fight until the end?

He was just a common Soldier,
And his ranks are growing thin,
But his presence should remind us
We may need his like again.

For when countries are in conflict,
We find the Soldier's part,
Is to clean up all the troubles
That the politicians start.

If we cannot do him honour
While he's here to hear the praise,
Then at least let's give him homage
At the ending of his days.

Perhaps just a simple headline
In the paper that might say:
"OUR COUNTRY IS IN MOURNING,
A SOLDIER DIED TODAY."


{Edit: According to Statistics Canada, we are losing veterans at a rate of 500 per week.
Such sad numbers... } 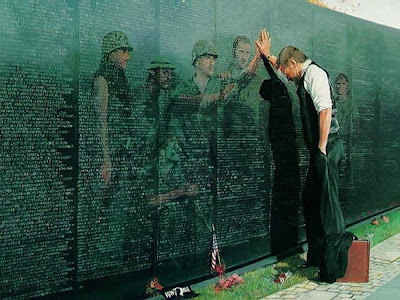 What a very thoughtful post. Thank you for sharing all of those family photos, let's hope someone might be able to fill in some of the names for you.

Yes, a wonderful post, Susan! I love the old photos, the fashions, the history. We are losing a wonderful 'the greatest' generation. Thank you for sending out the reminder to take advantage of the time that we have left to honor them properly.

Susan, all the photos of your proud family are just wonderful. On this veteran's day your family photos are a wonderful reminder to remember all those who have given the ultimate sacrifice - thank you. God Bless

thank you for this thoughtful post. i also come from a long line of men and women who served their country. how lucky you are to have these wonderful pictures.

Hi Susan - What a wonderful post and a great collection of family pictures. Too bad there were no names written in pencil on the back. I will telling a friend today and she said her mother has written information on the back of all her old photographs. Things like "my aunt" but one would not know who "my" referred to or "aunt" has no name. I hope you get some answers on your pictures. Thank you for sharing and also for sharing that wonderful poem - very, very true when you read through the poem. Weaverly yours .......

Susan
I am a volunteer researcher with the British Transport Police History Group - www.BTPHG.org.uk - we are dedicated to preserving the memory of those who served in the constituent forces that made up todays British Transport Police. We would be delighted to receive further information about your relative who was in the railway police at Northampton. Contact mr at sb@essenjay.com