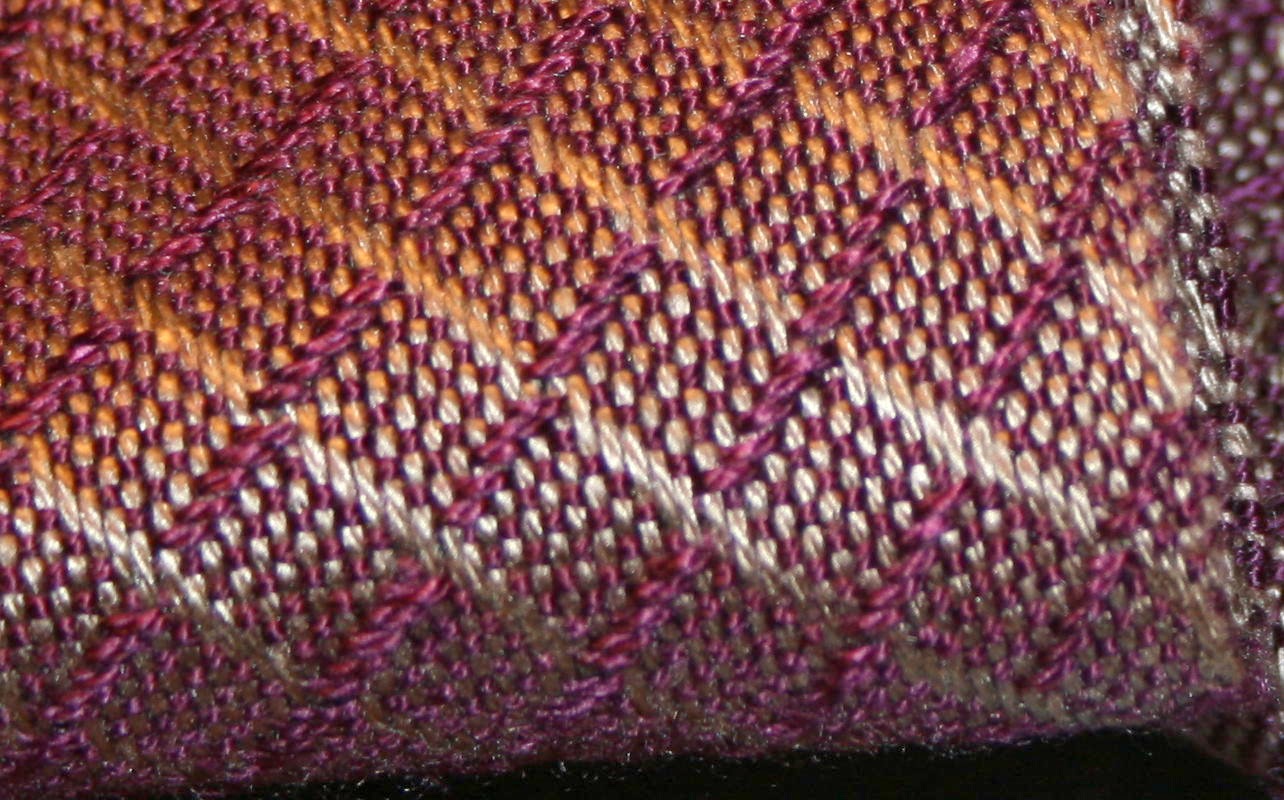 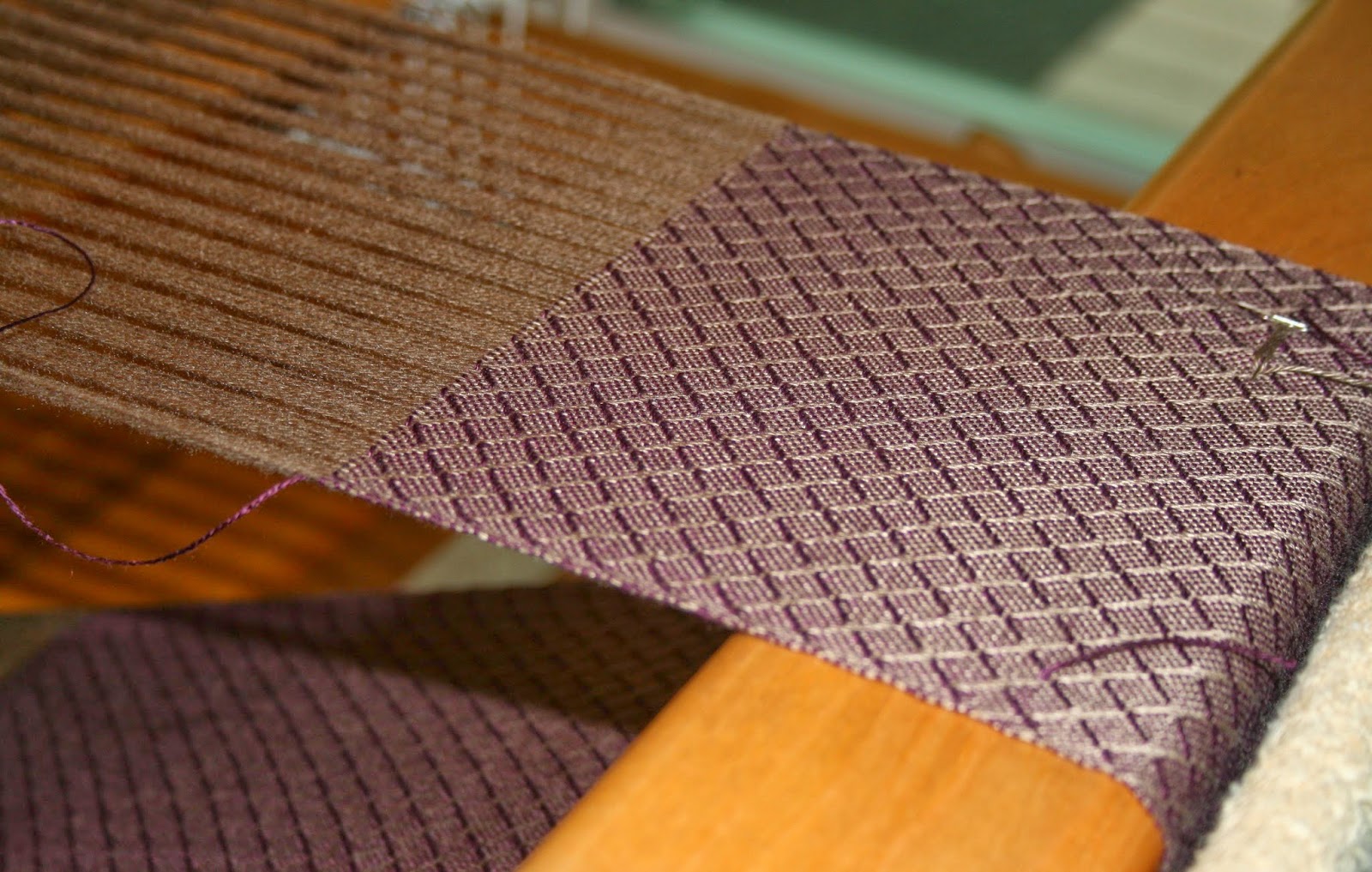 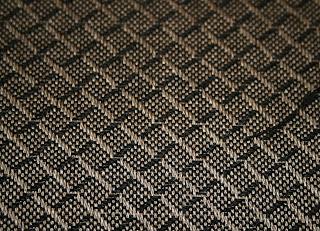 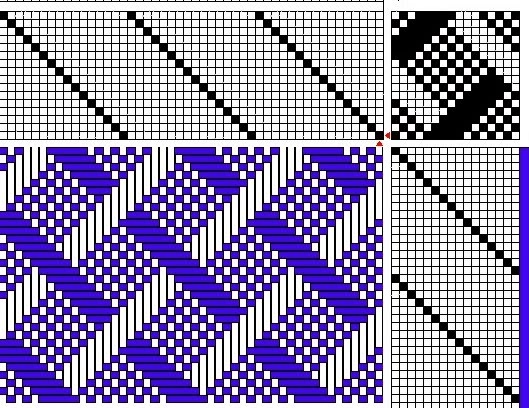 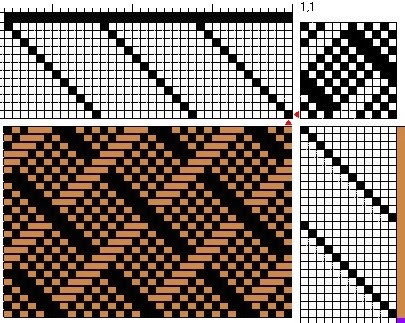 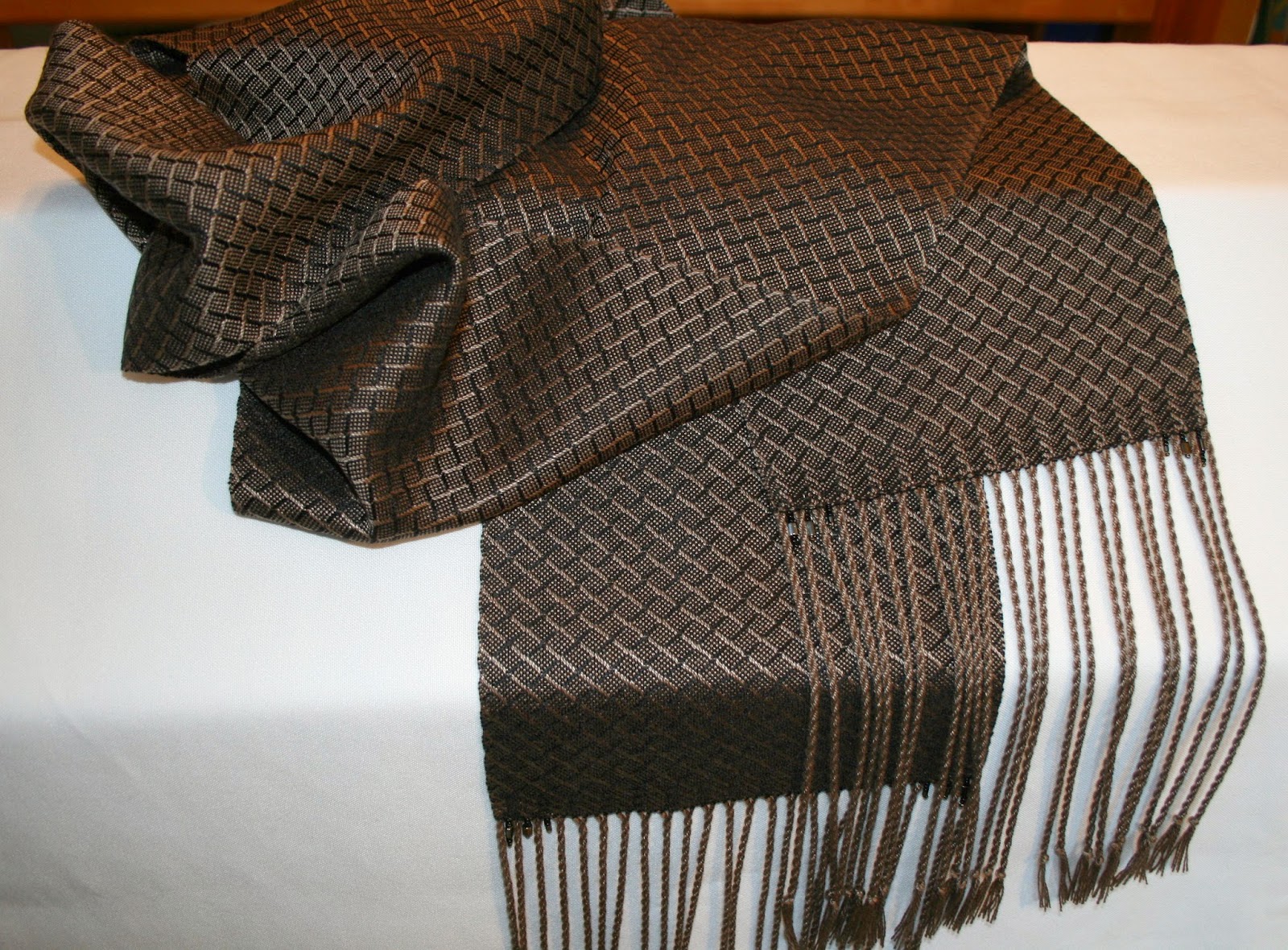 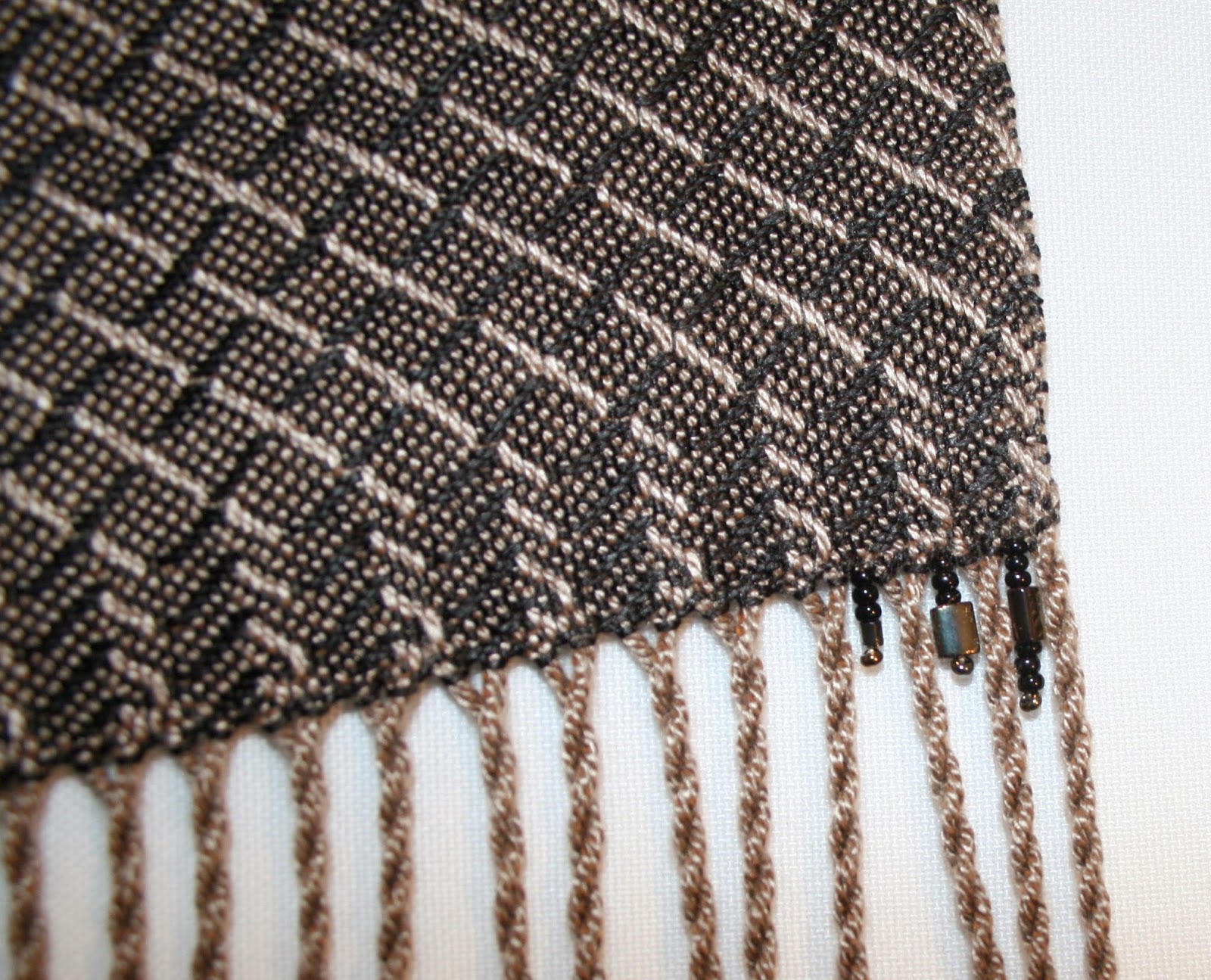 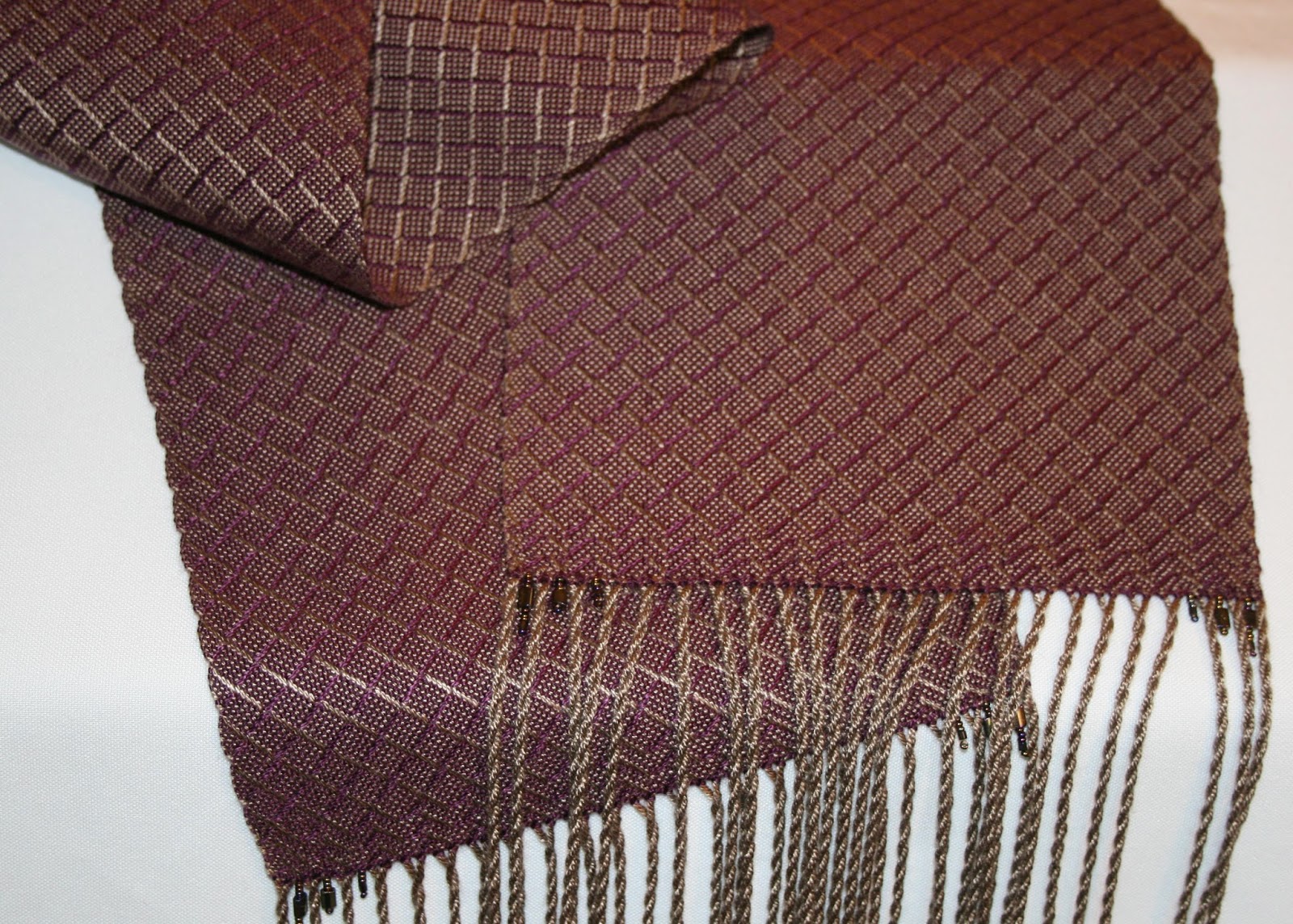 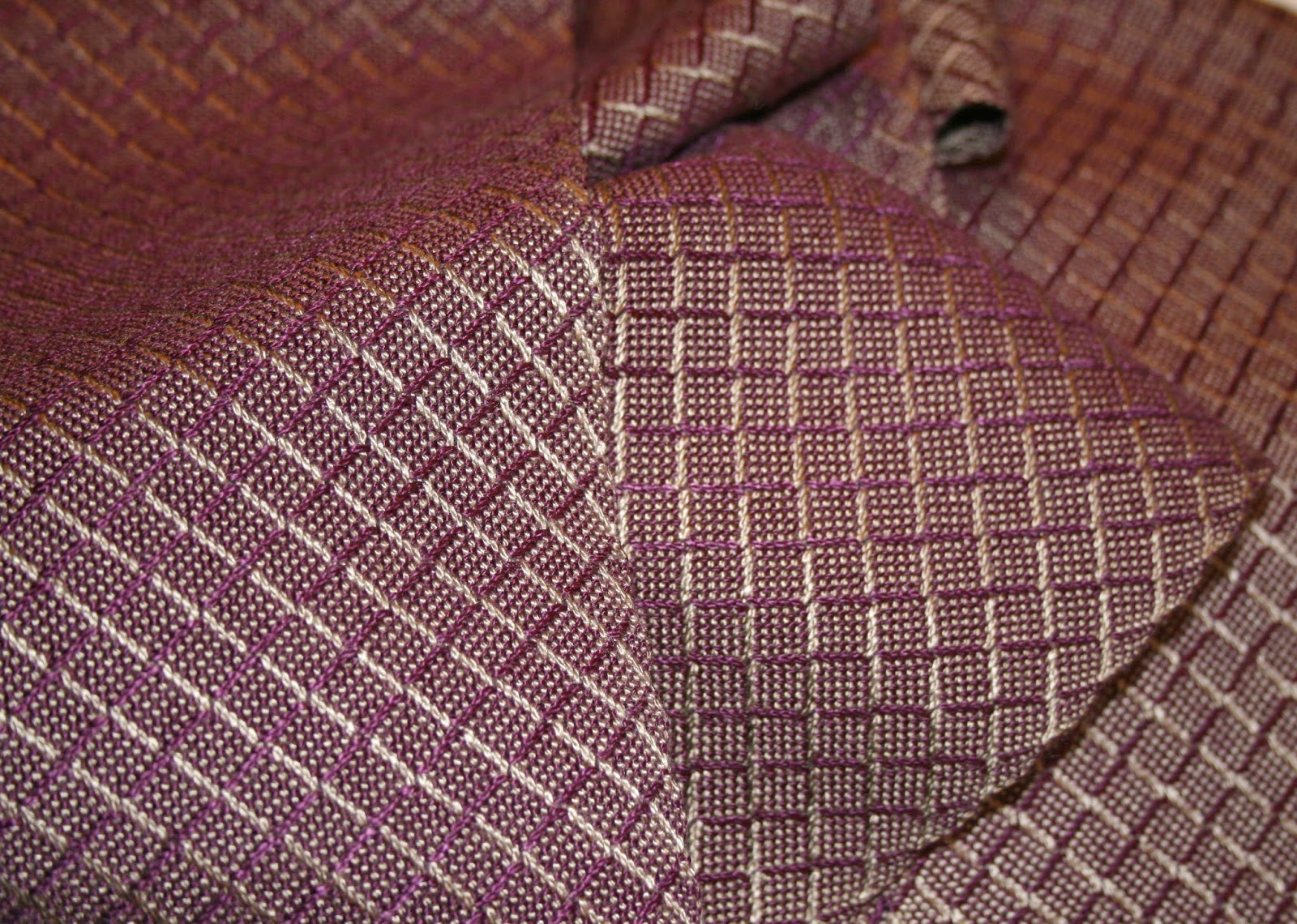 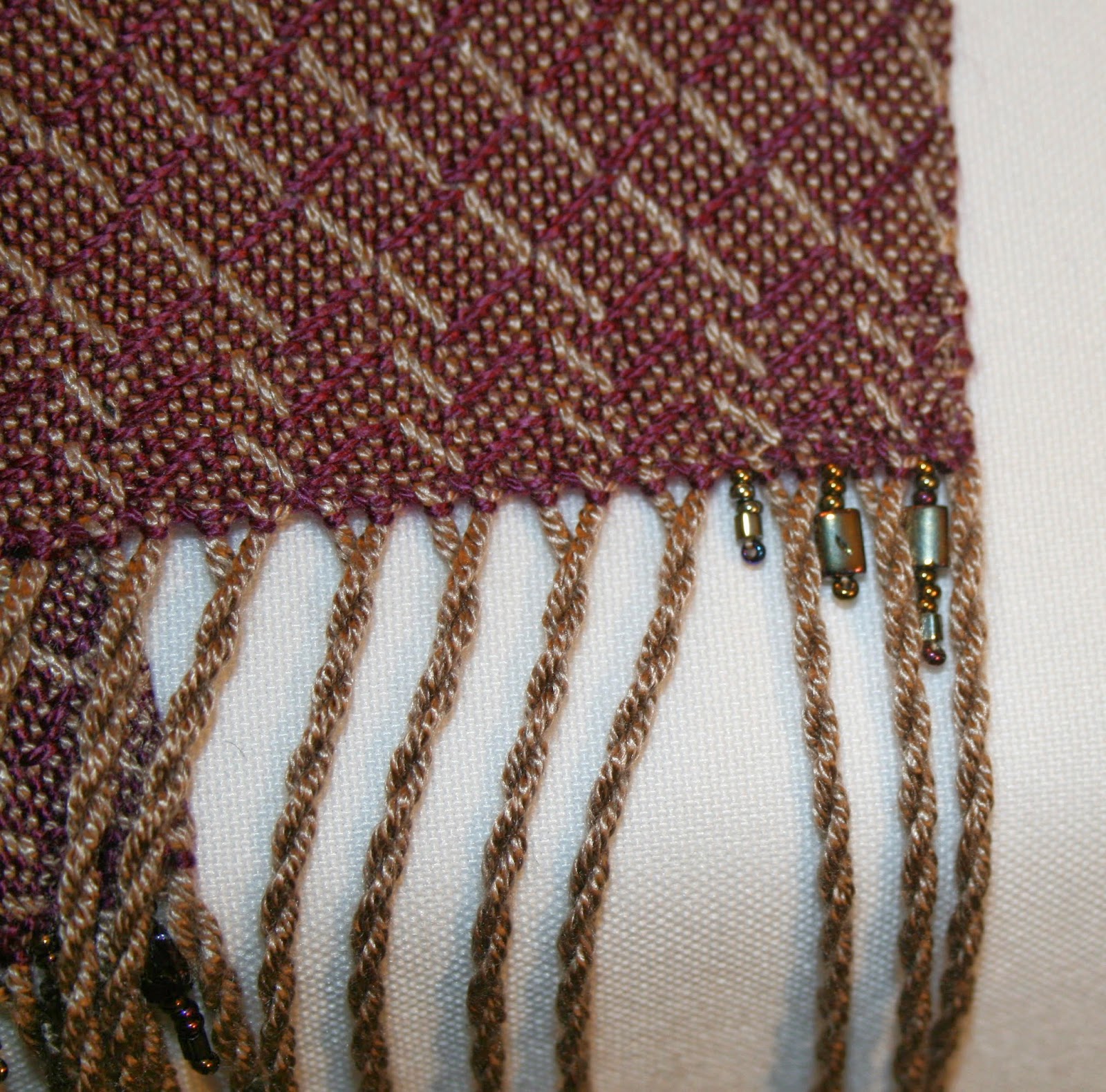 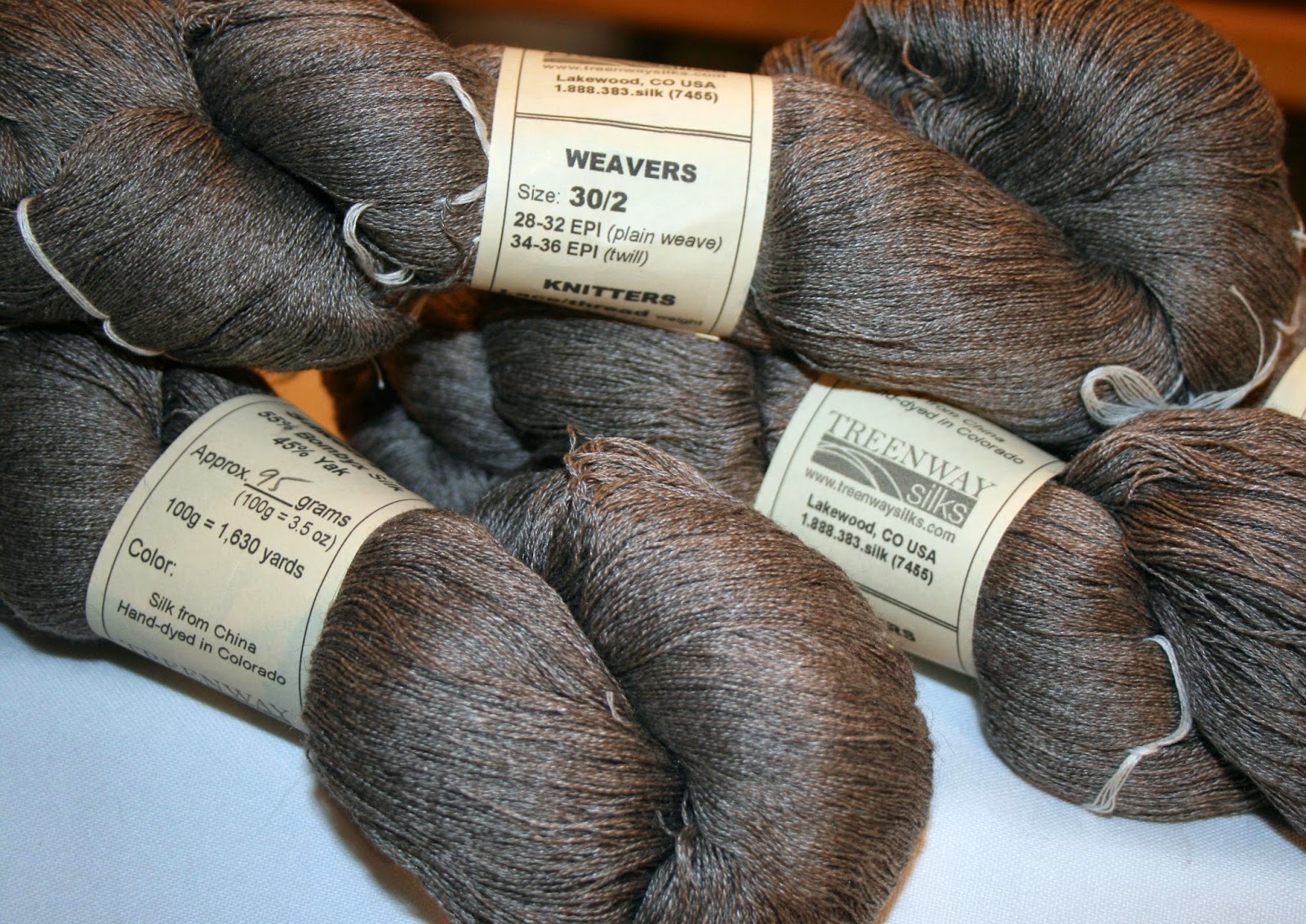 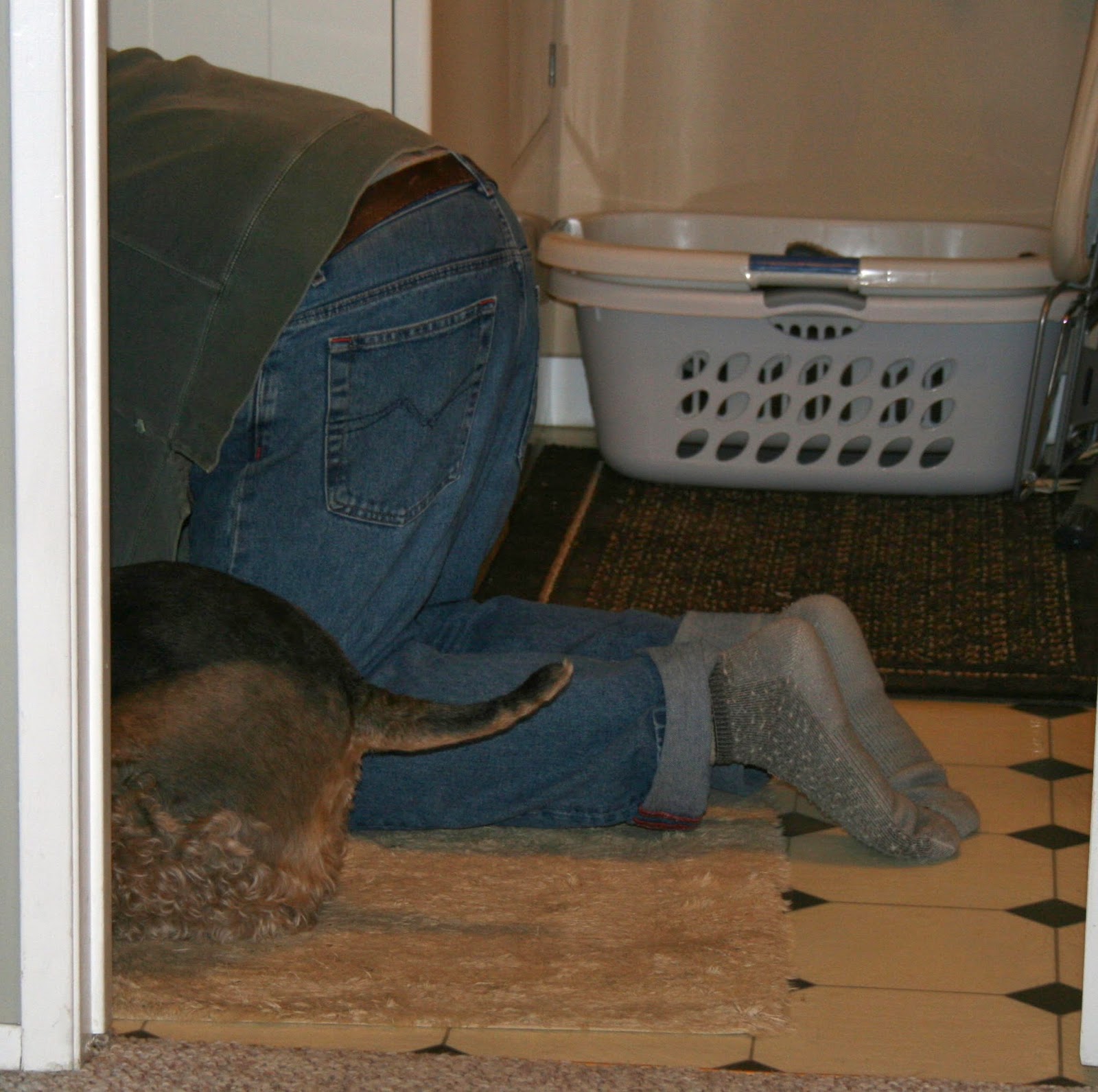 I'm very happy to share that as of yesterday we now know that my hubby Bruce no longer needs abdominal surgery and we can cross that off our list!  Such a relief!   Last week my Dad had a second surgery and is well on the way to being on the mend again. He will be in hospital for a time yet.  Its been an unusual winter this year to say the least....   So sorry to take so long to post but as you can see there has been a bunch going on behind the scenes...
Posted by Susan at 4:23 PM

Hi Susan,
Your taupe warp with the fine black silk and the Eggplant silk going through, and the pattern you have chosen has turned out so beautiful! I always enjoy reading about your warps and the colors you choose. Good for you taking your time and listening to your body telling you to take it easy.
Great news that Bruce does not need the surgery; and also very good news that your Dad's second surgery turned out well, and he is on the road to recovery.
The silk you ordered from Treenway is sure beautiful; good to know the new owners have kept up the find quality of silk and dying that was always available when they were on the West Coast.
Happy Valentines Day to you and Bruce. Weaverly yours ... Barbara

P.S. I am trying to get some tea towels woven for a couple of shops this summer. One warp is 2/8 white cotton and I am throwing through some of the spaced dyed cotton from Brassard in an undulating twill pattern; hard to see the pattern on the loom, hopefully it will "pop" when I wash the tea towels. My 20 yard sample ......

Beautiful weaving, I've had this draft in my queue as well.
And especially glad to hear you've gotten some good health news for your family!

I've always loved your weaving, Susan..., and to view it with 'happy' eyes is even more warming than usual.

And, I always enjoy doing household jobs that take place in the bottom three feet of any room. Our little helper is right there to keep my ear and cheek clean and moist. Thanks Calli.

I love your scarf - it's so elegant. I might have to use that 16h draft for a future project. I've got some pale lavender and dusty purple handspun merino/tussah I've been trying to come up with the perfect weave structure for - this lattice might be it. I spun it fairly thin but will have to figure out sett to see how long those floats will be - may or may not work. Hopefully it won't take as long to weave it as it's taken to get it from being spun to on the loom..........

Yay to the health improvement!! Good news is always so welcome!

Glad Bruce is able to avoid the surgery and that your dad is on the mend. Now it's just you and a date with some bionic body parts, huh?

Susan, it is ingenious how you altered the draft from 16 to 12 shafts - I would be totally clueless how to do this!

The lattice scarves are very pretty, I think I like the black silk one best ! It's a very effective draft even when reduced to 12 shafts. Nice project and lovely finishing as always .